View source
watch 01:36
We're Getting Mutants in the MCU - The Loop
Do you like this video?
Play Sound

This scenario begins with World War Two as one of its earliest points. Germany and Japan begin their bid for power. Both Germany and Japan begin holding fewer territories, but prepared for war. The UK, Russia and the United States begin holding more territories, but are less prepared to begin fighting. This uses the revised rules with the following changes 1. No technology 2. No Russian first turn attack (not enforced) This scenario comes from the Iron Blitz computer game. It has been adapted to the revised rules. 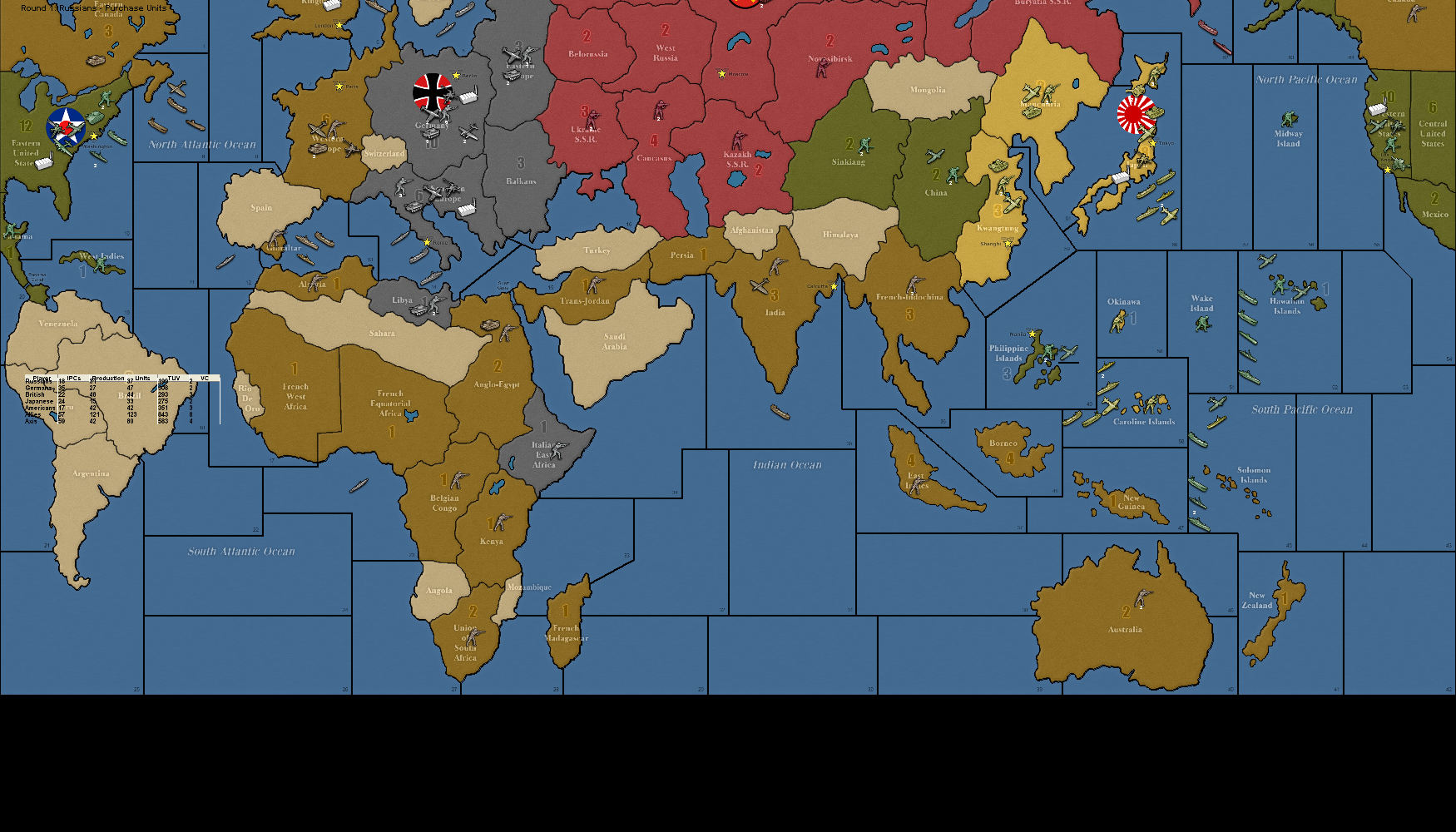