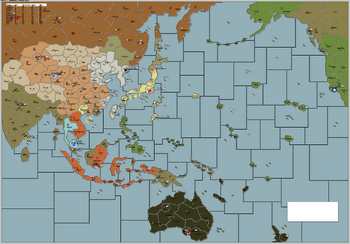 (Nations listed in their Turn Order. Alternatively, refer to the "Stats" tab.)

*-For every territory, owned at the start of the turn, a maximum of ONE Bunker can be purchased PER TURN.

Unloading of Transports from a COMBAT SEAZONE into a friendly territory, PRIOR to combat, is possible, due to a TripleA bug, but considered illegal.


AA's on Transports fire on planes passing over them during combat move.
This is of course what I would do if my AA was straped to the transport and a plane was trying to sink me.

Differences due to the New Phase Order:

Under the Phase Order, one knows any air losses from AA fly-overs during combat movement before his purchase. 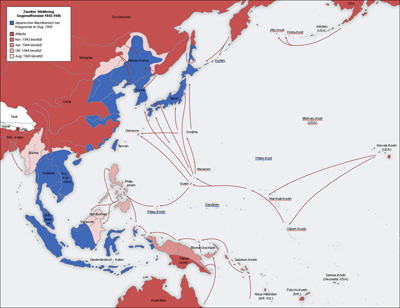 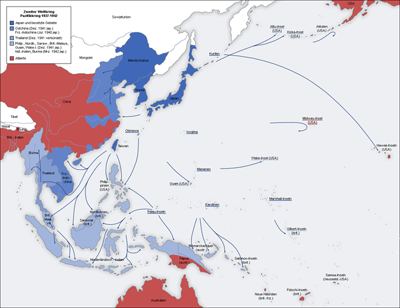 
Changelog: 1.9.2 & 1.9.3 (by blumb) Restored bb repair at begining of round by default. (stll editable) Restored carrier rules to Sieg's original.

Changelog: 1.8.2 (by blumb)
Fixed the canals. They really all work now.
Cleaned up the notes

PU changes with the occuring with other name changes:

So that's 2 new American factories but 1 less PU and 3 more production on mainland.
Plus you can now produce in sz27.

bb repair at the begining of the round by default now. It's fully editable.
Russian infantry has coats since it's cold up there;)


<b>Changelog: 1.7.3 (by rajwarrior)
Fixed polygon errors with Hainan & Kochi islands
All canals working (NOTE: Soem to Flores Canal:
Must own Soem AND Bava to move from sz59 to sz50,
Must own Bava AND Flores to move from sz58 to sz50.
Nayumo to S.G Canal: Must own S.G AND Ceram to move from
sz81 to sz49. Only way to make the canals work between 3 sz
Added Sieg Logo and Canal Dots as decorations for those
that play without relief tiles active.


Changelog: 1.7.1 and 1.7.2 (all done by Veqryn)
Fixed H.Cruiser parsing error.
Fixing error in naming of units (some did not have uppercase names in the image folder)
Gave Rocky Mt +4 Production.

Renamed to remove special characters from folder and xml names.
Coded and Added new low luck options.
Coded and Added "Battleships repair at beginning of round" as an option, which if true will have Battleships and Bunkers (any 2-hitpoint unit) only repair damage at the beginning of their owner's turn.
Updated TRS to take advantage of triggered rule changes to have red dot units and bunkers not appear for purchasing during beginning turns, and the ability to turn them off completely by deselecting "Use Triggers".
Bunkers (Constructions) code updated to work differently.  New game properties listed below (all On by default).
- "More Constructions with/without Factory" - If ON then you may have a total number of bunkers up to the PU value of a territory (minimum 1), in territories with/without factories. If OFF then you may have only 1 total bunker per territory.
- "Unlimited Constructions" - If ON it over-rides above 2 game properties to allow infinite total bunkers per territory. If OFF then things are determined by the above 2 game properties.
- No matter what, you can only place 1 bunker per territory per round. Bunkers do not take up a factory slot when being placed.

+ 7 PUs for US in L.A
Gizo upped to 2 PUs
Terretory Connects

Retrieved from "https://axisandallies.fandom.com/wiki/The_Rising_Sun?oldid=14226"
Community content is available under CC-BY-SA unless otherwise noted.