It is April 6th, 1917. The United States has just entered World War 1 on the side of the Entente.

Meanwhile, Russia lies on the brink of revolution; the Central Powers need only push her over the edge.

The Central Powers must occupy 7 Russian territories and hold them to the end of the round.

Russian territories occupied at the start of the game do not count.

Russia becomes neutral and gives territory to Germany and the Ottoman Empire.

The Central Powers may move their troops back through Russian territory.

This event frees up German troops to focus on the Western Front. 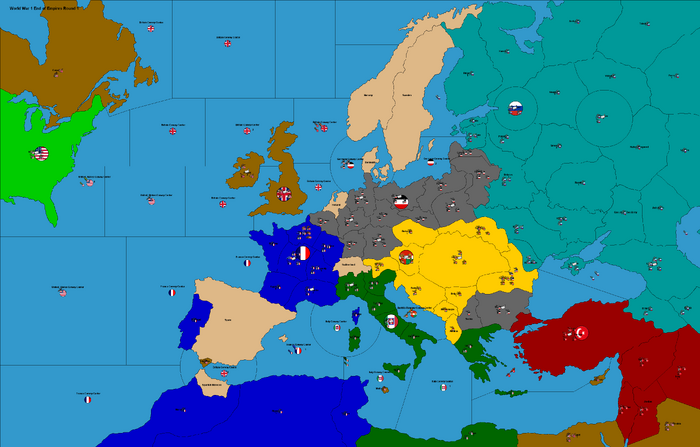